Interview with Don Craine of The Downliners Sect

It's impossible to count the amount of incredible musical giants who were playing in the London R&B scene in the early 1960s. There were The Rolling Stones, The Pretty Things, John Mayall & The Bluesbreakers, The Yardbirds and so many more.
However history tends to forget some of the bands who participated in the scene, on such band are The Downliner Sect, who were possibly better known for their drunken antics off stage then their Blues Rock on stage.
So who are The Downliners Sect? To help me I enlisted the help of their front man Don Craine.

The band is probably best known for having two songs of the Nuggets II compilation; Glendora & Why Don't You Smile Now

Where did you first hear the Blues?
DC: My first taste of the Blues was watching a Saturday night T.V. show on which I saw Josh White play a version of House Of The Rising Sun. Donegan also played some Leadbelly material on his skiffle records.

Were you in any bands before the Downliners Sect?
DC: My original band, formed at school, was the Downliners. We also went out, on occasion, as Geronimo And The Apaches. We turned professional in 1962.

How did the Downliners Sect form?
DC: In the Spring of 1963 I parted company with the Downliners’ singing lead guitarist Barry Allmark and bassist Kevin Bewley. Keeping drummer John Sutton, I enlisted the talents of Keith Grant on bass and Mel Lewis on lead guitar. No one turned up for the job of singer, so Keith and I did the vocals. A few months later, Mel left to go to university and we were joined by Terry Gibson.

How did the name “Downliners Sect” come about?
DC: Downliners comes from the Jerry Lee Lewis B side Down The Line. I added Sect when I reformed the band, to show that we were dedicated to the music and to having a great time.

What was the R&B scene like in London at the time?
DC: Initially you could only find the music at a few venues like the 100 Club, the Flamingo, the Ealing Club and Eel Pie Island but as the scene grew it took over clubs and ballrooms all over the place.

Did you have much contact with your contemporaries the Yardbirds, Pretty Things and Rolling Stones?
DC:  We often met, and sometimes played, with the Stones at the Studio 51, where we both performed regularly. We also appeared with them at Alexandra Palace and other venues. We only occasionally met up with the Yardbirds and Pretty Things, although we often played on the same circuits. Keith and I did a fair amount of recording with Yardbird Jim McCarty and the Pretties Phil May and Dick Taylor, in the British Invasion Allstars, during the 1990’s. 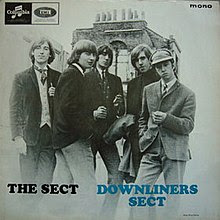 The band's debut album from 1964. The Sect.
What do you think it was that set the Downliners Sect apart from the others in the London R&B scene?
DC: I’m not really sure but I know we played  to enjoy life and suit ourselves not others, and I think audiences picked up on this.

Why and when did you start to wear your famous deerstalker hat?
DC: In early 1964 the Downliners Sect was booked to play for the Duke of Rutland and I wore the hat to take the Mickey out of the nobility. I noticed that it attracted comments, so I decided to keep wearing it.

Is it true that Rod Stewart and Steve Marriot both auditioned unsuccessfully for the band? If so why did they fail their audition?
DC: Rod guested with us on a good few occasions and people told us that he’d stated he wanted to join the band but he never said anything to me directly. Steve applied to join when I needed a replacement harmonica player. I didn’t invite Steve to audition, as I knew he wanted to be a lead vocalist as well as a harpist. Rod also had leanings towards being a front man, and Keith and I were happy doing the singing ourselves.

How did you come to be successful in Sweden?
DC: In 1964 our first Indie E.P. At Nite In Great Newport Street was released and put on sale at the Studio 51.  A young lady from Sweden purchased a copy and took it home with her and played it to her father who was head of E.M.I. in Stockholm. When our single Little Egypt was released by E.M.I., the man in Stockholm made sure it was released in Sweden and in went into the Top Ten. I Got Mine and Glendora also hit the charts there and we have been visiting the country ever since.

Little Eygpt, one of the bands early singles

Do you have a most memorable moment from the 60’s with the band? Would you mind sharing it?
DC: My most memorable moments are not for publication. However, a highlight was when the Sect first visited Sweden to play the Stockholm Ice Hockey Stadium. There were thousands of fans screaming and trying to get onto the stage and as we walked down the enormous staircase to the stand, I felt like a god.

Your E.P. The Sect Sing Sick Songs got banned by the BBC. This surely stopped you from being bigger in the U.K.. Do you regret releasing the E.P?
DC: The E.P. was recorded because Keith Grant and I love the Horror genre. I thoroughly enjoy it, and the fact that it was banned by the BBC is a bonus. It may have upset a few people but we got invited to some fantastic parties by some of those who appreciated it and I will never regret recording it.

The Country Sect is seen by a lot of people to be the bands biggest mistake. Do you agree with that view? Why did the band record a Country and Western album, when you were known for Blues-Rock?
DC: It certainly was our least popular album . Some of the tracks were a bit rough and it confused many fans. However, we did things to please ourselves and we were trying to show the roots of British R&B. The Sect represented Blues and R&B, the Rock Sects In represented Rock And Roll and The Country Sect represented Country and was a tribute to the likes of Lonnie Donegan and Hank Williams who were forerunners of the Rock and R&B genre. It may have been a failure but at least, according to the sleeve of the Canadian pressing, and Gram Parsons, we were the creators of Country Rock Music. 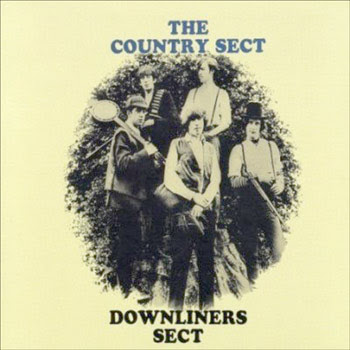 The Country Sect. Their 1965 album which was popularly panned.
Do you have any idea where Pip Harvey disappeared to when he vanished? And why did he leave?
DC: Pip was great fun to work with but, unfortunately, he ran into a little trouble with the law. Consequently, the police began to turn up at gigs looking for him. As a result, as we didn’t wish to see him arrested and sent to prison, it was decided that there was no option but for him to leave the band. Sadly, after that, we lost touch and never met up again.

What do you think is the biggest reason why the band did not join their contemporaries and become household names?
DC: We did better than some, not as well as others. We pleased ourselves, had a rather confusing image and left it far too long before we seriously started writing our own material.

How and why did the band break up in 1968?
DC: The world had become a little too mellow for the Downliners Sect to thrive and other horizons were calling.

Why do you think the Downliners Sect were so popular with the Punk movement?
DC: I assume they liked us because we played Balls To The Wall R&B and didn’t give a damn what anyone thought about us.

What made the band reform in 1976?
DC: Charlie Records re-issued the Sect album and it went to 12 in the New Wave charts, and some of the Canvey Island bands were giving us credit for inspiring them, so we decided to get back together and the band has been trucking along ever since.

Baby Whats On Your Mind - Another Sect single

In the years since your reformation what has been your favourite moment with the Sect?
DC: I don’t know about moment, but playing the Las Vegas Rockaround was fantastic fun at the time and has been an enormous ego boost when mentioned at parties ever since.

If you could change anything in the Sect’s career what would it be?
DC: I would have had Little Egypt as the band’s first E.M.I. single rather than Baby What’s Wrong and I would like to have seen Glendora in the British Top Ten.

How active are the Downliners Sect nowadays?
DC: We still tour and play one-off gigs, though they need to be booked well in advance as we all have our own projects on the go. I had no idea that it would last this long but I’m bloody glad it has.

Glendora, their second last single of the 60s. 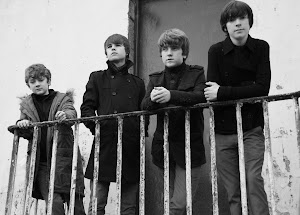 Modern artists who have a article on them in this blog